A lacklustre performance from France on Tuesday evening brought to an abrupt end their 23-match unbeaten run as they went down 2-0 to Sweden, who had already been eliminated from Euro 2012 having lost to both Ukraine and England.

While a defeat was inevitable at some point, it will be the manner in which his side were undone that will disappoint Laurent Blanc most, with France ending as Group D runners-up, setting up a match with current holders Spain at the quarter-final stage.

Having started their opener against Italy without a striker on the pitch, Vicente del Bosque introduced Fernando Torres to the starting line-up for their next two matches and the Chelsea man moved third in the Spanish all-time scorers chart after a brace against Ireland.

Those goals took his tally to 30 in all competitions for the national side, with only Raul and David Villa having notched more for La Roja, and he’ll be looked upon to produce the goods in the latter stages of this competition, just as he did four years ago.

The diminutive playmaker has become an important part of the slick Spanish attack and is the nation’s top scorer in the period following their World Cup win in 2010 having managed to find the net on ten occasions.

It was his goal in the 2008 final against Germany that ensured Spain ended 44 years of hurt without a trophy and he can be backed at 9/2 to score first against a France defence that was all too easily breached by the Swedes in their previous match.

A successful free £20 bet – available to anyone registering with bwin – on Torres to score first will see a return of £110.

With AC Milan defender Phillipe Mexes suspended for the game, Blanc will have a makeshift centre-back pairing of Adil Rami and Arsenal’s Laurent Koscielny, who has not yet featured in the competition for Les Bleus.

That partnership will have more than just Torres to worry about, not least the sweet left foot possessed by Manchester City attacker David Silva, who, like Torres, found the net against the Irish in their second group game.

The diminutive playmaker has become an important part of the slick Spanish attack and is the nation’s top scorer in the period following their World Cup win in 2010 having managed to find the net on ten occasions.

Silva has been priced at 7/1 to score the first goal of the game, while a safer bet may be to back him to score at any time, which has been given odds of 9/4.

However, France certainly shouldn’t be written off, with their unbeaten run demonstrating that they have the quality in their ranks to beat anyone on their day should they perform to their potential.

In forward Karim Benzema, Les Bleus possess one of Europe’s most lethal strikers, with the Real Madrid forward finding the net on 32 occasions for his club side last season as he helped them pip Barcelona to the La Liga title.

While Benzema is yet to open his account in this tournament, odds of 9/4 for him to score at any time certainly look appealing against a Spanish defence that at times offered opportunities to Croatia in their final group game.

But with 16 wins from their previous 17 competitive matches following a 1-0 defeat to Switzerland at the 2010 World Cup, it’s hard to look beyond a Silva-inspired Spain victory, particularly given the way France performed earlier in the week.

Recommended bet: David Silva to score at any time @ 9/4
Outside punt: Fernando Torres to score first @ 9/2 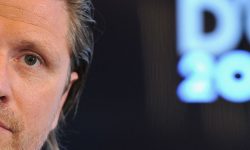 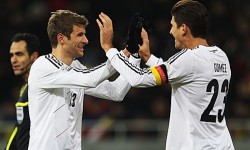