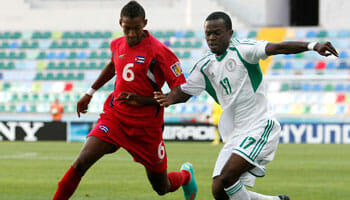 FC Minsk are bidding for a return to winning ways when they travel to struggling Ruh Brest on Saturday.

Andrey Razin’s side have followed back-to-back wins with consecutive defeats to sit only two points higher than their opponents, who are one place above the relegation zone.

But they should have enough firepower and an away win at 7/4 is our initial Ruh Brest vs FC Minsk prediction.

Ruh Brest had a dream start to life in the Vysshaya Liga following promotion last term, winning 1-0 at Dinamo Minsk.

But they have struggled since, losing two games by the same scoreline before a goalless draw at Slavia Mozyr.

Failing to score in their last three games have shown Aleksandr Sednyov’s side just how difficult the top flight is.

Therefore, under 1.5 goals at Ruh Brest vs FC Minsk odds.

FC Minsk have had their progress checked dramatically in their last two outings.

They began the season with wins over Belshina and Dinamo Minsk, scoring six goals.

But FC Minsk have failed to find the net since and conceded five goals in defeats to Energetik and BATE Borisov.

Although they only won once in 15 away fixtures last season, they matched that record in their first game on the road this term when beating Belshina 3-1.

So an away victory to nil at 333/100 rounds off our Ruh Brest vs FC Minsk betting tips.