Ross County have already lost twice to Celtic in the Scottish Premiership this season by an aggregate score of 6-0, but we are backing them to at least get on the scoresheet this weekend.

The Staggies have only drawn a blank once in their last 12 league matches and the Hoops appear to have taken their foot off the pedal a touch since wrapping up another emphatic title triumph.

The champions should still be too strong, but the first of our Ross County vs Celtic betting tips is to take 7/4 for an away win and both teams to score.

Ross County are consigned to finishing in the bottom six but have boosted their prospects of staying in the top flight for another season with a 2-1 home defeat of Dundee and a 1-1 draw at Hamilton.

Manager Jim McIntyre has praised the strength of character shown by his players to finish a moderate campaign strongly, with a 1-0 success at Hearts at the start of March having been their first league win of 2017.

Even when beaten of late, the Staggies have been competitive, while only Celtic stars Scott Sinclair and Moussa Dembele have netted more times than County striker Liam Boyce in this competition.

We’re not ruling out a fast start by the hosts and 19/1 for County to lead at half-time but then lose is worth a speculative wager.

After confirming a sixth straight title in fine style with a 5-0 romp at Hearts, Celtic looked guilty of resting on their laurels when drawing 1-1 at home to Partick and they were also being held by Kilmarnock until two goals in the last 20 minutes made it 3-1.

Brendan Rodgers preferred to be upbeat after that victory, commenting: “We showed quality and great patience. Our only mistake was for the goal but in every other element we showed a lovely charisma in the game. We got three goals and with a bit more luck we could have had another one or two.”

The fact that Rodgers is happy to try and play good football at this stage of the season should ensure they overwhelm Ross County in the end, but the feeling is that the hosts will have their chances to shine as well here.

This could be an open contest and we like 7/4 for Celtic to win and over 3.5 goals in the game. 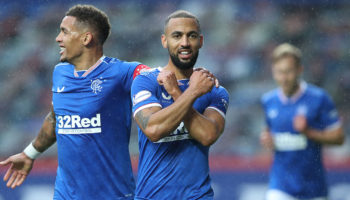