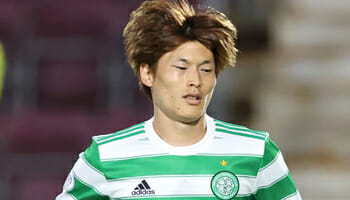 Celtic more than matched RB Leipzig for an hour in Germany and could be a value bet to prevail in their reverse Champions League fixture.

With Real Madrid runaway leaders in Group F, the Hoops still have everything to play for, despite only picking up one point from three games.

Against opponents who have struggled on the road this term, 21/10 for a home win is tempting enough to be our first Celtic vs RB Leipzig prediction.

Celtic have admittedly given themselves a mountain to climb after following up a 3-0 loss to Real Madrid and a 1-1 draw with Shakhtar by losing 3-1 in Leipzig.

Ange Postecoglou commented: “For the most part, we matched them – we were aggressive and created some good opportunities.

“We had some really good chances in the first half, were well in the game, scored a good goal to get level and just got a bit negative in our mindset after that.

“You can’t give away goals like that at this level and we paid the price. Momentum went their way after that.”

Postecoglou praised the “great character and resilience” of Saturday’s stoppage-time domestic victory at St Johnstone, though.

With qualification still up for grabs, or at least a Europa League spot for finishing third, Parkhead should be jumping for this clash.

Kyogo Furuhashi set up Jota’s goal in Germany and has netted seven times himself in the Scottish Premiership this season.

Looking at the 5/1 for the Japan international to break the deadlock.

Leipzig kick-started their Group F campaign with that much-needed victory, having previously lost 4-1 at home to Shakhtar and 2-0 in Madrid.

Nkunku showed why he is being linked with a big-money move to Chelsea when his pace caused problems throughout, with another strike ruled out by VAR for a marginal offside decision.

Silva is a proven goalscorer from his days with Porto, Sevilla and Eintracht Frankfurt, while 21-year-old Hungary midfielder Dominik Szoboszlai also impressed.

Timo Werner, Yussuf Poulsen and Emil Forsberg are other top-class performers in a side Marco Rose took over a month ago.

However, the Red Bulls are still only 11th in the Bundesliga this term and have yet to win away in that competition.

Saturday’s 1-1 draw at Mainz was a second stalemate, with losses coming at Union Berlin, Frankfurt and Borussia Monchengladbach, by an aggregate score of 9-1.

This has all the makings of an entertaining encounter and 13/5 for both teams to score in the first half is our final Celtic vs RB Leipzig prediction.