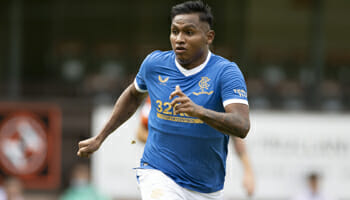 Rangers will only take a slender 1-0 lead to Armenia and are set to take on Alashkert in sweltering heat in this Europa League qualifier.

However, despite a below-par effort and going down to 10 men, Steven Gerrard’s side rarely looked in danger of conceding at Ibrox.

We think they can control the return fixture and 11/10 for an away win to nil is our initial Alashkert vs Rangers prediction.

A Look At Alashkert’s Betting Odds

Alashkert managed to scrape past Welsh minnows Connah’s Quay in a Champions League preliminary round but were then brushed aside 4-1 on aggregate by Sheriff of Moldova.

An extra-time defeat of Kazakhstan’s Kairat Almaty in this competition at least guarantees them a place in the Europa Conference League group stage if all goes wrong.

The Yellows managed to stifle a lacklustre Rangers outfit in the opening period at Ibrox and sensed an upset when John Lundstram was sent off just before the break.

However, they still failed to muster an attempt on target despite their man advantage and Alfredo Morelos’ strike in the 67th minute put them behind.

Gerrard was relieved to see his players respond to a half-time rollicking in Glasgow and is hoping lessons are learned from that clash.

He said: “The players listened to what I had to say at half-time and we got a reaction and we went on to win the game.

“But we should have made this game so much more comfortable than we have. We need to find our level and we need to wake up right now.”

Sunday’s 4-2 Scottish Premiership win over Ross County in Dingwall was a more upbeat affair and left Gerrard in a better mood.

The head coach commented: “It was much more like us, both in and out of possession.”

Rangers still need to fine-tune some defensive issues but we’re confident they will become more organised sooner rather than later.

These are the kind of conditions where Romania playmaker Ianis Hagi could come into his own.

The 22-year-old has scored steadily since joining the club and 13/5 for him to net at any time here completes our Alashkert vs Rangers betting tips.