Watford have looked like genuine contenders for a quick return to the Premier League of late and are taken to prove too strong for QPR at Vicarage Road.

Rangers are rated a solid, but unspectacular mid-table Championship outfit at best, so this is the kind of test the Hornets should safely negotiate.

We’re happy to take 3/4 for a home win as our first Watford vs QPR prediction.

Watford’s run of three straight league wins came to an end with a goalless draw at Millwall, but manager Xisco Munoz was pleased enough with that performance.

Both teams hit the woodwork and created other chances in an eventful first half, before the action petered out after the break.

“I think it was a very good performance in which we controlled the ball very well in both halves and created chances to score,” said Munoz.

“Millwall didn’t give us much space behind the line of defence but we continued to try and play in front of them until something happened.

“I am happy with my forwards because we play with counter-press and they worked very hard. It’s important that we continue to improve now.”

As well as being competitive in a 1-0 FA Cup loss at Manchester United, Watford have done very well at this level since Christmas.

Their last three home games have ended in clean-sheet victories over leaders Norwich, Huddersfield and Barnsley.

We reckon 7/4 for another win to nil at Vicarage Road is a good option from the Watford vs QPR odds.

QPR pulled clear of the relegation zone with back-to-back away wins at Luton and Cardiff, netting three times without conceding in those fixtures.

However, they came unstuck when Colin Kazim-Richards’ second-half goal on the counter-attack proved enough to give Derby a 1-0 triumph at Loftus Road.

Mark Warburton was frustrated that his side were denied what seemed a clear penalty when Kazim-Richards got away with handling Ilias Chair’s corner.

“That was the most blatant handball you’re going to see. The players’ reaction tells you that’s an obvious handball. I’m not sure how that’s been missed.

“When you’re having a bad day and not at your best – and we were below our best for much of the game – you need those calls to go right.”

Warburton added: “For all our possession and all the balls into the box, we lacked that bit of quality to get something out of what was a poor game of football.”

Rangers have been active during the current transfer window, making loan moves for proven striker Charlie Austin and midfielder Stefan Johansen, who netted his fair share of goals with Celtic and Fulham.

It is 11 games since one of their matches produced more than two goals, though, so we’re not anticipating a flurry of scores here.

Let’s go with 11/4 for a home win and under 2.5 goals in the game to finish off our Watford vs QPR betting tips. 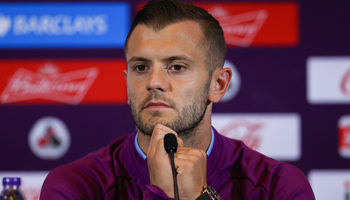