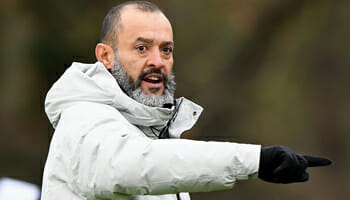 Tottenham will be looking to bounce back from a shock 1-0 defeat in Portugal last week when hosting Pacos Ferreira in their Europa Conference League qualifier.

Nuno Espirito Santo’s side are unbeaten in the Premier League, but were no match for an industrious Ferreira side as a Lucas Silva strike on the stroke half-time was enough to give them a slender lead to defend in London.

Spurs fielded a heavily rotated side for the first leg and it will be interesting to see if any of Nuno’s big guns return as they look to justify 1/5 favouritism in our Tottenham vs Pacos Ferreria betting tips.

Spurs did not manage a single shot on target during the 90 minutes of the opening encounter, as the London side produced a woeful performance.

A much-improved showing will be required back on home soil if their European adventures are to make it past August.

The Tottenham faithful will be buoyed by their two league victories to date, with their inspired opening-weekend victory over Manchester City followed by a professional display as gaffer Nuno travelled to his former club Wolves at the weekend.

Both of those results finished 1-0 and the worry is, with Tottenham needing to score twice to progress in 90 minutes, where the goals may come from.

Harry Kane came off the bench for his first appearance of the season at Molineux at the weekend, but is not certain to feature here, while Son Heung-Min appeared to be struggling with a hamstring injury throughout that game.

Ferreira qualified for this competition via their fifth-place finish in last season’s Portuguese top flight.

The Porto-based outfit will be perhaps rueing the fact they didn’t make more of their five attempts on goal when coming up against a below par Spurs side last week.

New boy Silva grabbed his first goal for the club and he is 5/1 to find the scoresheet once again in London.

Meanwhile, Juan Delgado broke the deadlock during a subsequent 3-1 domestic defeat by Estoril and is 16/1 to repeat that achievement at the Tottenham Hotspur Stadium.

That Monday night reversal means Pacos have now lost three of their last four and they may need some help on the handicap here.

So, for our last Tottenham vs Pacos Ferreira prediction, let’s give the away side a two-goal head start at 19/20.