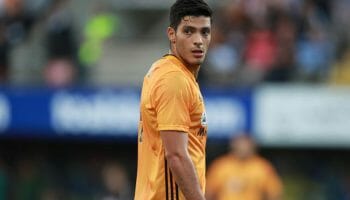 Wolves will be hoping to boost their prospects of qualifying for the Champions League with a win over bottom-of-the-table Norwich.

Nuno Espirito Santo’s side are without a Premier League win in three games but sit in eighth place and are only five points behind Chelsea in fourth with 12 matches remaining.

Norwich need wins if they are to avoid an immediate return to the Championship but they battled hard against leaders Liverpool at Carrow Road and will take encouragement from their display in a 1-0 defeat.

Neither side’s games at home and away respectively have featured a lot of goals so under 2.5 to be scored at 19/20 is our opening Wolves vs Norwich prediction.

Wolves had to settle for a goalless draw with 10-man Leicester at Molineux last Friday following another controversial VAR call.

Willy Boly’s first-half header was disallowed for offside after a narrow review on Pedro Neto.

Hamza Choudhury was sent off late in the second half for the Foxes after collecting two bookings and they clung on after Raul Jimenez’s late header flashed wide.

Midfielder Leander Dendoncker told the club website: “It was a good game. We scored and then it’s cancelled again – it’s not the first time – but I think we played a good game, especially first half.

“We had everything under control and over the whole game they didn’t have a lot of chances, because Leicester are still a very good team. I think we had the better chances and we deserved to win.”

Wolves take on Espanyol on Thursday night and their record in the Premier League following a Europa League fixture this season does not make good reading, having won just twice in 10 games.

This clash could well be a slow burner, with Wolves having netted just once in the first half in their previous 10 league encounters, while Norwich have conceded only two goals in the opening 45 minutes in their previous nine top-flight games.

With that in mind, we like the Wolves vs Norwich odds.

Ruben Vinagre remains out with a hamstring injury and is not expected to feature.

Norwich gave a good account of themselves against runaway leaders Liverpool, only to fall to a 1-0 defeat following substitute Sadio Mane’s 78th minute winner.

The Canaries have now won just one of their last 13 top-flight games and remain seven points adrift of Aston Villa in 17th place.

Six of the Canaries’ last seven defeats have been by one goal and they have produced some encouraging performances of late.

Boss Daniel Farke is refusing to accept defeat in the their battle to avoid the drop.

Wolves overturned a 1-0 half-time deficit to win 2-1 at Carrow Road in December courtesy of goals from Romain Saiss and Raul Jimenez.

Norwich have now conceded 11 of their last 13 league goals in the second half while Jimenez also comes to the fore after the break, netting 10 of his 11 top-flight goals during that period.

We fancy the Mexico international at 13/5 to score the last goal of the game again to complete our Wolves vs Norwich betting tips.

Norwich full-back Sam Byram has been ruled out for the rest of the season following surgery on a hamstring injury.

Centre-back Christoph Zimmermann (hamstring) and winger Onel Hernandez (knee) are both major doubts for the Canaries, while Timm Klose continues his long-term recovery from a serious knee injury.