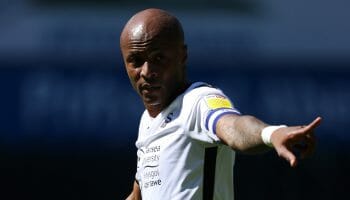 The race for the Premier League hots up on Friday night when two of the the top three teams in the Championship meet in south Wales.

Norwich lead the way as they seek an immediate return to the top flight but have failed to score in their last three games in all competitions.

Swansea are in better form and will be keen to seize the chance to cut the gap to two points with a game in hand, so a home win looks good value at 15/8 as our opening Swansea vs Norwich prediction.

Swansea head into the game full of confidence after winning seven of their last nine matches in all competitions, with draws against promotion rivals Reading and Brentford no disgrace either.

Six signings during the January transfer window have boosted their squad, most notably the arrival of Conor Hourihane on loan from Aston Villa.

He has hit the ground running with two goals in his first two league games, firstly grabbing the equaliser against Brentford and then bagging the opener in last weekend’s 3-1 win at Rotherham.

Head coach Steve Cooper praised his team’s “brilliant” goals at Rotherham and was clearly looking forward to having a full week on the training ground to prepare for the visit of Norwich.

“We have a week now to look forward to the next game,” he said. “We can do work on the grass and reset a little bit. We need to revisit a few things on the training ground.”

A cagey game is expected, given the league positions of both teams, and Swansea have the best defensive record in the division, conceding just 15 goals.

They have kept eight clean sheets in 13 home games, so under 1.5 goals appeals at Swansea vs Norwich odds, especially given that it would have paid out in four of the last five head-to-head meetings.

Unlike Swansea, Norwich were in action in midweek and had to settle for a 0-0 draw at Millwall, having also shared a goalless stalemate at home to Middlesbrough on Saturday.

Emi Buendia remains suspended and will be missed, with only three players producing more assists in the Championship this season, while the Argentinian midfielder has also scored seven goals.

Teemu Pukki has also had a dip in form and failed to score from open play in the last eight matches, although he has at least converted two penalties in that time.

Boss Daniel Farke is refusing to panic over his team’s lack of cutting edge and said after the Millwall game: “No, it’s not a concern.

“We are sitting top of the league. The last two league games we found it hard to find the net, but they were difficult games.

“I got the feeling we created even more situations in the final third in comparison to the Middlesbrough game, but we didn’t show enough quality to finish the situations and in our decision-making.

“This is quite normal – this is the Championship and 46 games. Always during these 46 games you have a period when you find it a little bit hard to convert your chances or to be ruthless enough.”

Such poor form in front of goal is clearly far from ideal, though, heading into such a crucial game against the division’s best defence.

The home side has won 1-0 in four of the last five meetings between these teams and the same outcome again at 8/1 is the last of our Swansea vs Norwich betting tips.