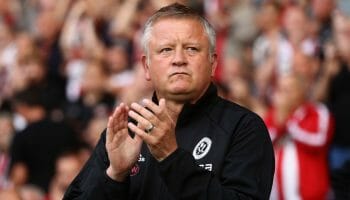 Sheffield United and Norwich head into the game in buoyant mood after advancing to the quarter-finals of the FA Cup in midweek.

The Blades required extra-time to beat Championship side Reading while Norwich knocked out Tottenham on penalties in north London.

Punters can get 4/5 for under 2.5 goals and that is our opening Sheff Utd vs Norwich prediction.

That has been the case in 10 of the Yorkshire side’s last 11 games while nine of Norwich’s previous 13 on the road have gone the same way.

Boyhood Blades fan Billy Sharp struck a 105th-minute winner as Sheffield United advanced to the last eight of the FA Cup for the first time since 2014.

David McGoldrick had given the Blades an early lead but George Puscas’ penalty just before half-time levelled matters.

The Blades, beaten in the third round by non-league Barnet last year, then moved one game away from Wembley courtesy of Sharp’s clincher.

Boss Chris Wilder hailed the 34-year-old striker, saying: “He’s been brilliant on and off the pitch.

“He epitomises what we’re about, selfless. He’s a natural finisher, it’s a brilliant goal from our point of view.”

The Blades sit eighth in the Premier League with 11 games to play and are only five points adrift of the top four.

The teams have been level at half-time in the last six league matches played at Bramall Lane, with three of them being goalless, while Norwich have scored just one first-half league goal away from home this season.

With that in mind, we like Sheff Utd vs Norwich odds.

Dutch keeper Tim Krul was the hero as Norwich reached their first FA Cup quarter-final since 1992 at the expense of Tottenham at the Tottenham Hotspur Stadium.

Jan Vertonghen nodded Spurs ahead in the first half but Josip Drmic capitalised on Michel Vorm’s error to level 12 minutes from time.

The game went to penalties and Krul saved from Troy Parrott and Gedson Fernandes to send the 9,000 Canary fans into raptures.

“I’m pretty happy with the performance, I’m also delighted for all our supporters and for everyone who is connected with Norwich City because we showed a great unity, a great spirit and it was a great performance.”

Having also given their Premier League survival hopes a boost by beating Leicester 1-0 at Carrow Road last Friday, spirits will be high in the camp.

The Canaries have a miserable away record in the top flight this season though, winning just one of their 14 trips, losing 10 of them and scoring just six goals along the way.

They have netted last in just one of their last 11 matches against top-half teams while Sheffield United have done so in seven of their previous eight outings against bottom-half terms.

Let’s go for 21/20 that there will be more goals in the second half to complete our Sheff Utd vs Norwich betting tips.