Jose Mourinho faces a tricky juggling act as Tottenham visit Leyton Orient in the third round of this season’s EFL Cup.

Spurs must play this match just two days before travelling to North Macedonia to face KF Shkendija in a Europa League qualifier.

Even so, Mourinho’s record in the tournament, three wins with Chelsea and one at Manchester United, makes the Premier League giants hard to oppose.

We’re hoping for an open contest, as the hosts like to play good football, so 19/20 for an away win and over 2.5 goals in the game is our first Leyton Orient vs Tottenham prediction.

Orient have shown great spirit to get through a couple of entertaining encounters in this competition.

They came from behind to win 2-1 at Forest Green in round one and then rallied from 2-0 down at half-time to shade Plymouth 3-2 here with a last-gasp decider.

In League Two, the O’s have edged out Oldham and drawn 2-2 at home to Mansfield, again recovering from a two-goal deficit on Saturday.

Ross Embleton’s side have actually scored all eight of the goals netted so far this season in the second period of matches.

That makes 2/1 for the hosts to score more times after the break than in the first half a fair call from the Leyton Orient vs Tottenham odds.

Spurs will head across London to Brisbane Road in fine spirits following Sunday’s stunning 5-2 top-flight triumph at Southampton, which came a day after signing Gareth Bale and Sergio Reguilon.

Four-goal hero Son Heung-min and final scorer Harry Kane are unlikely to be risked here, but Mourinho does have a deep squad to call on for fresh reinforcements.

Dele Alli is set to start after not being part of an 18-man party at St Mary’s Stadium, while Ryan Sessegnon and Juan Foyth weren’t involved there either.

The likes of Joe Hart, Serge Aurier and Moussa Sissoko may also feature, so Tottenham’s team should still be strong enough to prevail.

With the O’s being poor starters this term, 6/5 for Spurs to lead at half-time and full-time is added to our Leyton Orient vs Tottenham betting tips.

For those seeking a bigger-priced pay-out, 21/2 for a 3-1 away victory appeals. 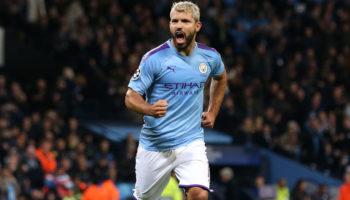