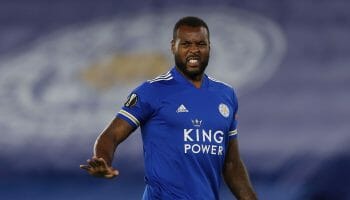 Leicester cruised to a 4-0 win against Braga three weeks ago but are unlikely to find it quite so easy in Portugal.

Kelechi Iheanacho’s brace helped the Foxes take control of Group G and anything other than a defeat would leave them in pole position to top the group.

A draw would be a satisfactory result in their toughest match of the group campaign so we’re backing the points to be shared at 5/2 as our opening Braga vs Leicester prediction.

A Look At Braga’s Betting Odds

Braga avoided having to face Jamie Vardy three weeks ago but still found the Foxes too cunning.

Vardy was rested but his deputy Iheanacho put Leicester in control and Abel Ruiz missed a fine chance to give Braga a lifeline before Dennis Praet and James Maddison wrapped up Leicester’s biggest European victory.

Braga produced the perfect response to that result with a 3-2 win at second-placed Benfica in the Primeira Liga, leaving them third in the table.

They have won seven of their last eight matches in all competitions, keeping four clean sheets in the process, so Leicester may find the way to goal harder to navigate this time.

Their three domestic home games have produced just five goals so looking at the 23/20 for under 2.5 goals.

Leicester boss Brendan Rodgers has set his sights on winning the section heading into the second half of the group stage.

The Foxes are three points clear of this week’s opponents but knows Braga should not be under-estimated.

“Our objective is to win the group,” he said after the King Power Stadium clash. “We want to qualify but that’s a few weeks away.

“We won against a good side, we played very well and when that next game comes we’ll look at it from there.

“There were areas at half-time we needed to adjust. They are a good side and gave us some problems, in the first half our midfield shape wasn’t quite right.

“We scored four very good goals and maybe could have had one or two more.”

Leicester lost 3-0 at Liverpool on Sunday when they were again without left-back Timothy Castagne, who has suffered a minor setback in his recovery from a thigh injury.

He is unlikely to be risked here either and we’ll take 13/2 for the Foxes to settle for a 1-1 draw as our final Braga vs Leicester prediction.