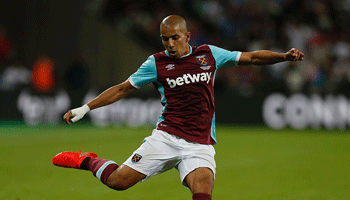 West Ham will be seeking a third straight Premier League away win when visiting Watford on Saturday evening and appeal at 17/10 to pick up maximum points at Vicarage Road.

Slaven Bilic will be keen to gain revenge for their first meeting of the season at London Stadium back in September, when the Hammers led 2-0 but then conceded four goals without being able to add to their own tally.

Trueform tips: If we don’t read too much into Watford’s shock win at Arsenal, West Ham are generally tracking above the Hornets and have shown they can perform away from home with wins at Middlesbrough and Southampton, so we’re siding with the Hammers here.

Watford have shown on several occasions this season that they can be a real handful when things go their way, with Manchester United and Everton among their five victims at Vicarage Road and a recent away triumph at Arsenal also standing out in their formbook.

However, there was more than a little naivety about their play when losing 2-0 at Old Trafford last time out, with Walter Mazzarri admitting his side gave away possession too easily at times while they were also very open at the back.

It’s hard to be too critical when a team in the wrong half of the table tries to adopt a positive approach but West Ham may just be more athletic, powerful and street-wise in the midfield battleground, so we’re going for an away victory and over 2.5 goals in the game at 16/5.

West Ham looked all set to make it four wins out of five when Manuel Lanzini put them in front late on against West Brom, only for Gareth McAuley to deflect in an equaliser four minutes into time added on.

Bilic was left incensed by that last-gasp leveller, subsequently picking up an £8,000 FA fine for his reaction, but the Hammers boss will have taken heart from the way his team controlled play that day, having 65 per cent of possession, and the continued progress shown by Sofiane Feghouli.

The Algerian winger, a shrewd summer signing from Valencia, had promised there is more to come from him in the second half of the campaign now that he is fully recovered from some niggling injury problems and he could be a value bet at 17/4 to make it three goals in six games by scoring this weekend.