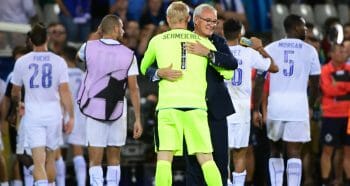 Key Stats:
*Leicester have trailed on 45 and 90 minutes in all four of their Premier League away games.
*The Foxes were breached three times or more in the most recent three of those fixtures.
*The sole goal that Tottenham have conceded at White Hart Lane came from the penalty spot.

A look at Tottenham’s Betting Odds

It is Tottenham who are treated as the poor relations of the five teams separated by a point at the top of the Premier League, being rated 9/1 outsiders, which is strange given that they were on the podium last term and looked the side most likely to ruin Leicester’s fairytale for much of the spring.

Perhaps it is their current four-match winless run in all competitions creating doubt, but it is worth noting that all of those setbacks occurred on the road and only one ended in defeat and that was against Liverpool in the EFL Cup, the trophy that was surely the least desirable of the lot to them.

There is a reason why they are as short as 57/100 to dismiss Premier League champions Leicester despite those results at that is that they are quite the force at White Hart Lane, prevailing four times and drawing once in five contests there, with a James Milner spot kick the lone clean-sheet wrecker.

A look at Leicester’s Betting Odds

Leicester are 250/1 to repeat their Premier League miracle due to trailing the leaders by nine points, but are being criticised a bit too harshly for a club acing their Champions League debut, unbeaten at home and whose intended N’Golo Kante successor Nampalys Mendy has been limited to 53 minutes by injury.

Their away form is undeniably dismal – Hull 2-1 Leicester, Liverpool 4-1 Leicester, Man Utd 4-1 Leicester, Chelsea 3-0 Leicester – pointing to a half-time/full-time reverse at Spurs in which they fail to fire and leak three times or more – yet brutal fixtures have contributed heavily to that.

Get this north London trip out of the way, Mendy back next month and a break from the Champions League soon after and see how they fare. A top-six finish certainly shouldn’t be discounted yet at 7/1.