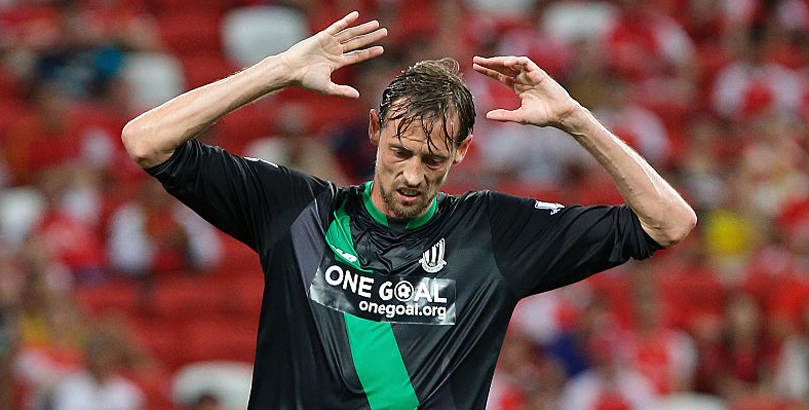 Stoke and Middlesbrough drew on the opening day of the Premier League season at Riverside Stadium and we reckon taking 9/4 for the reverse fixture to also end in a stalemate is a shrewd option.

Both failed to hit the back of the net in disappointing defeats last time out and this has all the makings of another tight tussle in our book.

Trueform tips: Stoke may have the slightly better overall ratings in our chart, but the margins are fairly minor and Middlesbrough could be a value bet to claim a share of the spoils in this fixture.

Stoke were ruthlessly swept aside when going down 4-0 to Tottenham at White Hart Lane, with Charlie Adam and Glenn Whelan simply overwhelmed by more athletic opponents in the centre of midfield and unable to offer any protection in front of a laboured back four.

“The game was done in the first half and the manner of the goals we conceded was not good enough at any level,” moaned Mark Hughes. “We were too passive and not doing enough to stop balls going to our goal. Clearly Spurs are very good, but if you allow teams time and space then good players will hurt you.”

Hughes will no doubt seek to address those frailties by injecting more zest into his starting line-up and can draw comfort from a seven-match unbeaten run at home in top-flight fixtures, but there have been four draws during that period and 11/2 for this match to finish 1-1 will do for us.

However, Aitor Karanka’s side have managed to pick up a point in four of those matches and they do have a well-drilled defence, with their 26 fixtures producing a total of just 47 goals, which is 12 less than any other top-flight team.

Uruguayan forward Cristhian Stuani does have four to his credit this term, though, and did get in some decent positions at Selhurst Park, so 15/4 for him to net at any time this weekend takes the eye, as does 10/1 for the 30-year-old to break the deadlock.

Manchester United v Bournemouth: Red Devils can build on cup joy
Where will the next Formula 1 champion come from?
Author