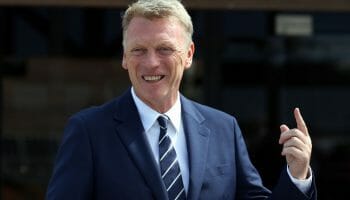 A last-gasp James Ward-Prowse penalty rescued a point for Southampton during an action-packed stoppage time in their game with Newcastle and they now welcome high-flying West Ham to the south coast.

The Hammers sit second in the Premier League table courtesy of the 10 goals they have racked up in their opening three games, but were frustratingly held at home by Crystal Palace when last seen.

Saints look very beatable, though, and with United continuing to prove last season’s sixth-place finish was no fluke, they can take home the three points at 27/20 for our first Southampton vs West Ham prediction.

It is hard to know if the Southampton faithful will be delighted or demoralised by their start to the season, with a home draw with Manchester United sandwiched by a convincing defeat from Everton and a share of the spoils at St James’ Park.

Ralph Hasenhuttl will be desperate to get a first league victory of the season on the board, but faces a tough task to keep the Hammers at bay.

Forward pairing Che Adams and Alan Armstrong are solid operators, but the duo won’t be causing the West Ham defence as many headaches as Danny Ings would have done.

It was a surprise that the Saints didn’t invest much of the £25million received for the England international in the transfer window.

We feel it is hard to see Southampton troubling the West Ham back-line after netting just once in the last five head-to-head meetings.

Looking at the 5/6 for the visitors to score first appeals.

Southampton striker Shane Long is unavailable after a positive Covid test while on international duty. Theo Walcott also misses out with a minor problem, while midfielder Stuart Armstrong (calf) continues his recovery.

David Moyes’ side have played with real purpose in the opening weeks of the season and before the start of the new campaign the gaffer would have settled for seven points from three games.

However, the 2-2 draw with Palace felt like two points dropped, rather than one extra added to the total, and they will be hoping to return to winning ways here.

Michail Antonio continues to thrive, picking up his fourth goal of the season and also adding a third assist to his tally during the London Stadium tie.

Moyes will be hoping the Jamaica international has his scoring boots polished once again, while Southampton’s defenders will also have to keep their eye on Said Benrahma, who has contributed two goals this term.

New signings Nikola Vlasic and Kurt Zouma are expected to slot straight into the West Ham starting line-up and a clinical display could be on the cards from the Hammers.

With that in mind, United to lead at half-time and full-time rounds off our Southampton vs West Ham betting tips at 11/4.

Arthur Masuaku (knee) has returned to training and will be assessed.