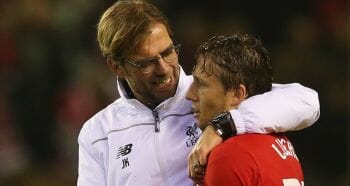 The bwin odds compilers have been forced to slash the odds on Schalke defender Joel Matip joining Liverpool after a flurry of bets from German punters.

Available at 8/1 this morning, Matip is now just 11/4 to sign for the Anfield club by February 3.

Having observed similar betting patterns around the transfer of Baba Rahman to Chelsea earlier this summer the firm’s odds compilers decided to proceed with caution in relation to the confidence of German-based punters.

There have been a steady stream of Liverpool transfer rumours regarding a move for the 24-year-old in recent weeks and it injuries are believed to have made up Jurgen Klopp’s mind that another defender is needed.

Dejan Lovren’s hamstring injury against Stoke means the Croat joins fellow Reds centre-halves Mamadou Sakho and Martin Skrtel in the sick bay, while Kolo Toure also ended the match moving badly and is a doubt for the FA Cup clash with Exeter.

Despite his young age, Matip has already gained a formidable amount of experience, playing 239 times for the Gelsenkirchen outfit and gaining 27 caps for Cameroon.