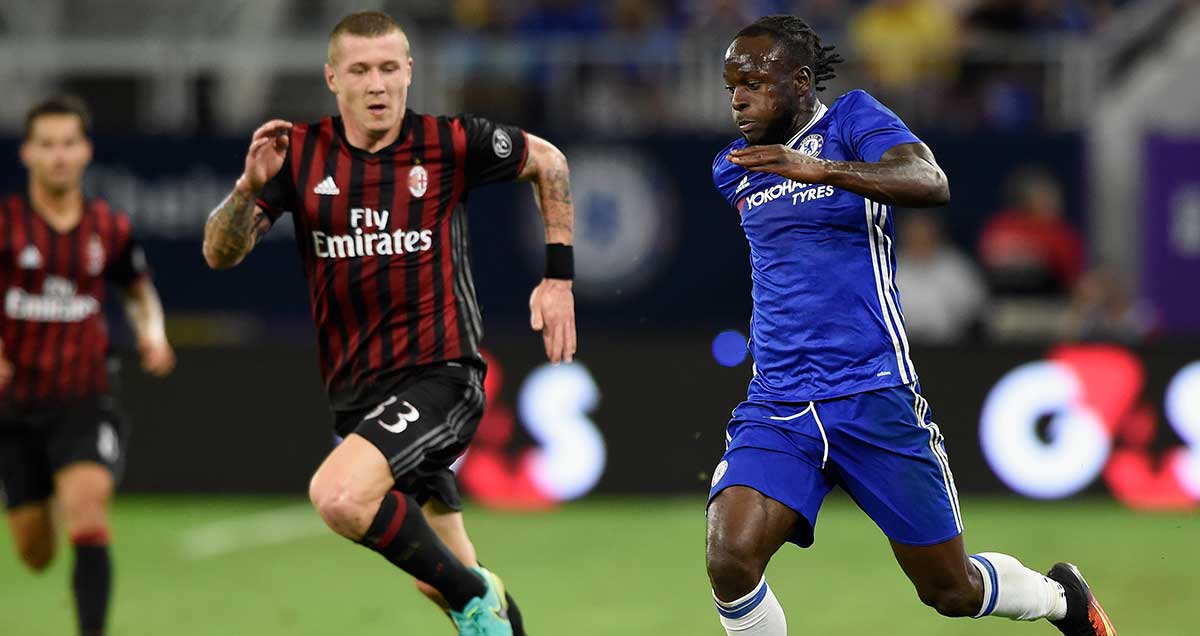 Manchester City are already reaping the rewards this season when it comes to making the most of a direct and free-dribbling wide player that has a preference for hugging the touchline.

It’s four goals and two assists in seven Premier League starts for Raheem Sterling and the way that City set up under Pep Guardiola is a big reason for the England international rediscovering his best form.

The Citizens have been much more efficient at dragging opponents into central areas, leaving Sterling isolated out wide, but with space which to run into and limited defenders to take on.

Slower and less dynamic build-up situations allow opposing defences to be more organised and generally reduce the space in which direct dribblers can efficiently work in.

Although Antonio Conte seems intent on making the permanent transition to his favoured three-man defence formation eventually, he has the players to mirror what Guardiola is doing at the Etihad Stadium.

Cesc Fabregas could perform the David Silva role in finding space to receive possession from the defence and releasing attacking players, Willian has the capabilities to replicate the performances of Kevin De Bruyne and then N’Golo Kante or Nemanja Matic have the potential to play the disciplined role that Fernandinho has quickly settled into.

Yet when it comes to copying Sterling, people may be surprised to hear that it isn’t Eden Hazard that is best suited to the role. Instead, Victor Moses has most in common.

Moses is the only true winger in Conte’s Chelsea squad, with Hazard, Willian and Pedro more dangerous when starting wide but then bursting inside. The former two often drift into number-10 roles, while the Spaniard prefers to make diagonal runs to be a second striker.

The Nigerian has barely started a game in his four-year-plus Chelsea career, in fact the latest round of Premier League fixtures when the Blues won 2-0 at Hull was his first in the top flight for the club since May 2013.

This came in the unfamiliar role of right wing-back, where his directness, dribbling and keenness to stay wide helped Chelsea’s attacking structure.

Eight attempted crosses without any being successful suggests an erratic end product which has been true of Sterling at times, although he is creating chances at over twice the regularity of the Man City man so far this term.

A run in the Chelsea team will only enhance his confidence and in terms of a raw skillset, Moses and Sterling have many of the same tools in their box.

The 25-year-old brings the width of no other at Chelsea and could prove extremely critical to their prospects this season. Chelsea’s odds are currently 11/10 to finish in the Premier League’s top four.