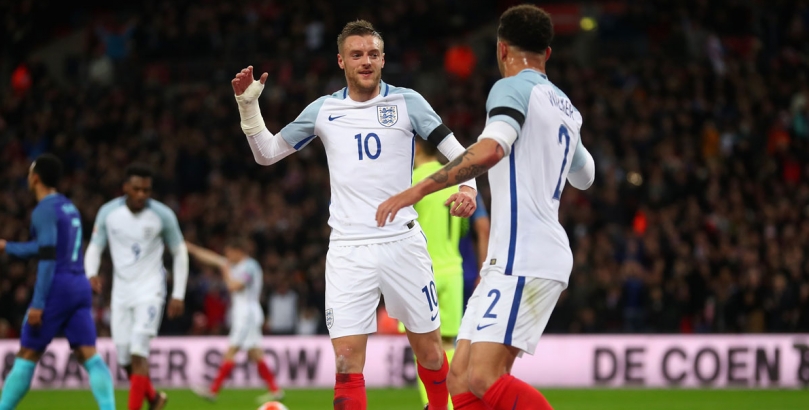 Jamie Vardy’s match-winning brace against Sunderland moved Leicester City to within three wins of the Premier League title and simultaneously established the England international as the most valuable goal-getter in the top-flight.

Vardy may trail Tottenham Hotspur’s Harry Kane by a goal in the race to claim the division’s golden boot, but according to a study conducted by news.bwin, the son of Sheffield’s strikes have been more important than those notched by his international colleague.

Deductions were made in accordance with a formula that ranked goals in regards to the impact they had on the result of the match they were scored in. The system works like this:

So, for example, if Team A faced Team B and won 3-1, points would be awarded as follows:

With that in mind, here are the results of the study:

Vardy’s goals at Sunderland moved him clear of Kane and Leicester teammate Riyad Mahrez, making him the Premier League’s most decisive striker and the standout factor behind the Foxes sitting the summit at this stage.

Elsewhere, Dele Alli’s opening goal in Spurs’ 3-0 win over Manchester United saw him break into the top ten most valuable goalscorers. Despite registering fewer than 10 so far, each of the teenager’s strikes have counted for something. Alli and Bournemouth’s Josh King are the only players to have found the net five times or more to whom such a statement applies.

In terms of the Premier League’s most prolific match winners, West Ham United’s Michail Antonio leads the way, with 67% of his six goals so far entitling the Irons to three points.

Looking at which teams rely upon a specific source to snare their spoils, Aston Villa top the pile, with a staggering 67% of their winning goals in 2015/16 scored by opponents.

Picking the Aston Villa bones: what scraps can be savoured from the claret and blue carcass
news.bwin Exclusive: Sheff Wed hero Marc Degryse chats bold Belgium Euro 2016 predictions and the Owls then and now
Author