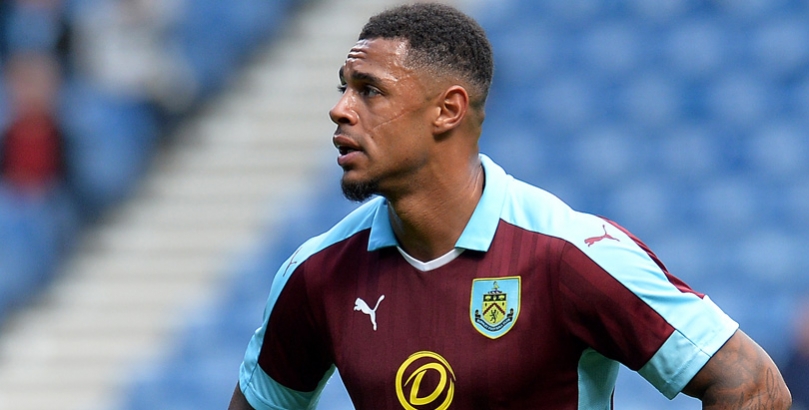 John Deary’s playing career spanned 20 years and four clubs, all of them based in the north west, allowing him to talk about football in the region with an authority that few can rival. His specialist subjects are Burnley and Blackpool, and he was in fine form when we caught up with him recently.

JD on Burnley’s start to the season

I think they’ve started well. Sean Dyche always sets his team up as tough to beat with a strong defence and Michael Keane in particular performing really well. Based on current performances, I think they will stay in the Premier League comfortably.

Burnley have limited financial power compared to the big clubs so it’s even more important to have a good game plan and set up the right way, especially against the heavyweights.

One thing you know you’re going to get with Burnley is that they will be difficult to beat, and if teams aren’t on their game, the Clarets will be able to get points. They realise they need to scrap and get points to stay above the line so teams have to be on top of their game.

JD on the controversial decision against Arsenal

Some people say that the big teams always get the big decisions but when I finished football I initially went into refereeing, and I don’t think referees make a conscious decision to award decisions in favour of the bigger teams. In the Arsenal game there was initially a question as to whether the goal was offside or handball, but I don’t think they would have failed to make that decision because it was Arsenal.

Video replays would certainly help and I can’t understand why it hasn’t already been introduced to help referees out in those situations. Any introduction to get decisions right should be very welcome. I think on the whole referees do a fantastic job; they’re only human and they only get one look at it but, for the sake of three seconds, why not introduce it?

Michael is on top of his game at the moment and when players are like that, you have to utilise them. He should have received some minutes in the second half, at the very least, against Malta and I would like to see him start for England as he’s one for the future. He’s proven he can perform in the Premier League and he’s matured and come in to his own this season, so the next logical step is to play for his national team.

I understand Gareth Southgate’s main objective is to get the points, although I don’t think putting Michael in would have harmed that objective. Some decisions might be coming from the FA to Gareth on who should play, but Michael deserves his chance and I hope he gets it.

For Michael, it’s important to stay at Burnley for his development, despite interest from the big clubs. He’s got a great manager in Sean Dyche and, at a team like Burnley, he’ll have lots of opportunities to deal with defensive situations.

I think going to another club now wouldn’t be right for him as opportunities will come in the near future if he keeps playing like this. There’s no rush and there’s no harm in staying at Burnley for the rest of the season to continue his development.

You could look at the situation in similar fashion to John Stones’. I think they are both very different players but Michael is a better defender and should have been given some match time on Saturday to prove it.

If he left Burnley, it would be premature and, as a Liverpool lad, I understood Everton fans’ frustration at John leaving so soon in to his career, so it would be a similar situation. However, John’s doing well at City, so it has been a great move for him.

JD on defending in general in England

Michael is a good, old fashioned centre back, which is refreshing when you look at the type of defenders playing in the Premier League these days.

I don’t think players like defending any more. The tackling, heading and clearing of the ball has gone out of the game a little and defenders are expected to be as good technically as players further forward. I’ve heard from one coach that players aren’t taught to head the ball, which is ridiculous.

We have to understand that a lot of European teams and nations are far superior to us from a technical standpoint, so rather than try and outwit them tactically, which we seem to be doing recently, we should just play the English way; positive, quick and strong.

I believe Rooney is there on merit and I’m not sure who else you’d play there. He deserves his place based on current form, despite criticism from fans, and I hope he continues to show what a class player he is and prove everyone wrong.

JD on Sean Dyche managing England in the future

If he keeps managing the way he is, I think Dyche is definitely a potential future manager for England. England need to be managed and brought together so they go out and play with pride and passion and I think Sean can bring that out of them.

I think Sean is in a nice position at the moment, he is creating something good along with the directors and chairman of the club and, if he carries on as he is, his pedigree will only go up.

JD on Andre Gray, his homophobic comments and potential reaction from his teammates

Some fans have said they’re punishing the club but it’s his views, it’s him being punished. As a Burnley fan, I’d like to protect him, but what he wrote was absolutely disgusting.

He said he’s a different man now, he has come out and stated it was an old part of his life. We all have emotions and can tweet certain things, but what he wrote was a little bit vicious. I don’t think he’s that type of lad; he is trying to move on and make a better position for himself, but footballers are in the limelight all the time and I don’t understand how they get in these positions.

You can’t say or believe those things when you’re in his position, and I think the fine and the ban was the right thing to do. I’d urge all footballers to make sure they’ve got a sensible team and agent around them to make sure they don’t make such stupid mistakes.

I don’t think the atmosphere will change based on his comments. There will be some players who will have been appalled and I’m sure some have asked him what on earth he was doing, but they were emotionally charged tweets that I don’t think he really believed at the time.

I’m certain Sean and the players will welcome him back and look forward to the rest of the season. Burnley have a great team spirit and Andre Gray is an important part of that.

JD’s prediction for Burnley this season

They will avoid relegation, which is the main aim for the fans, the manager and the board. I still think they need small improvements to their home form, which let them down the last time they were in the division. They have some tough fixtures coming up but, if opponents aren’t on form, Burnley will nick points here and there.

Things aren’t being managed correctly at the moment, but I couldn’t give you an answer as to how they turn things around from the situation they’re in. It’s a really sad state for a great football club and one I had the joy of playing for.

I always say fans run a football club, and whether you’re a player, a director or a chairman, if the fans don’t want you there, you should just go. I think the owners do love Blackpool, but the fans will never forgive them, and as a result their position is untenable.

There comes a time when you have to just accept that you can’t win in this situation and move on. It’s week in week out problems that just aren’t good for anyone, especially when you’re getting worldwide press.

The whole situation is detrimental to the players on the pitch. It’s nonsense that these situations don’t affect the players, as a growing sense of frustration from the fans and press will play on their minds. There’s a terrible atmosphere at the ground now and you can’t help but notice it and the players certainly will. I don’t think they’ll be able to give 100% until the situation is sorted.

You certainly do get times when the manager fits the club and Ian Holloway was someone who fitted Blackpool perfectly. Obviously Gary Bowyer is the man in charge at the moment since coming in over the summer and he has done a great job steadying the ship of late. I’m unsure whether Holloway would return if an opportunity ever arose in the future, but certainly he’ll have many happy memories when he reflects on his time there.

It is a difficult situation for any manager; however, I have no sympathy with them as they know the situation, they know how the club’s run and they have to focus on coaching and prove they can grind out results despite the situation. I hear managers highlighting players and financial situations of the club, but I always question the coaching too.

Similarly to Holloway, Keith Hill is a perfect fit for the club. I played with Keith and he was a good lad and he fits the bill well there. He creates a really good atmosphere at the club and he’s a decent coach who players like playing for.

I think they’ve done magnificently with what they’ve managed to achieve and, if they continue to play the right way, there could be a promotion push soon. They always seem to do well away from home and it will be interesting to see their progression.

1 Your selection
2 Start Playing
Register, deposit £10 or more and place a Sport bet (3+ selections) up to £20, each with odds of 1/2 (1.5) or greater.
3 Get your FreeBet
If it’s not a winning bet, you’ll get up to £20 back as a FreeBet. T&Cs apply
Bet now! Log in
X
Real Madrid outcast’s admission could mean more trouble for Man United star
Huddersfield v Sheffield Wednesday: Expect hosts to be one goal better
Author