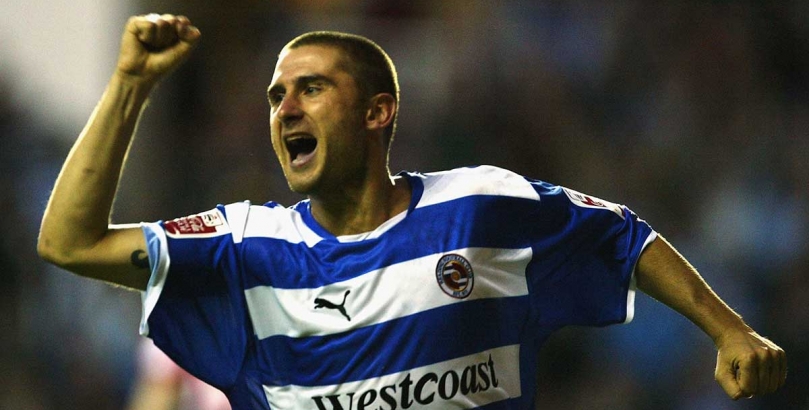 The sight of a net-bound ball leaving Nicky Forster’s boot is a sight Brentford, Reading and Brighton fans have seen plenty of. Prolific across a 22-year playing career, which also included spells at Gillingham, Birmingham and Ipswich among others, Forster turned his hand to management upon retiring, manning the dugout at Brentford, Dover and Staines. A sampler of life on both sides of the white line, Forster recently settled into to an armchair while the news.bwin inquisitions team bombarded him with questions about his experience in the beautiful game. Here’s the fruits that discussion bore.

Nicky Forster on Alan Pardew for the England job…

I would back Alan for the England job. I did the last time round and I probably did the time before that. From my point of view, we sometimes miss the point when we are appointing managers – it’s a totally different job to club football. With club football it’s about man management, tactics, systems but also a lot about business, budgets, getting players in and out. Essentially, there’s far more to it in that respect.

When it comes to international management, that doesn’t play as big a part. It’s all about getting the most out of the players available to you.

Terry Venables was one of the best at doing it because players like playing for him. I see similar traits in the likes of Jurgen Klopp when he’s high-fiving players and helping players enjoy their football. Jose Mourinho is the opposite at the moment. It absolutely essential that there’s togetherness in a squad of players and no fractions – this is as important as the tactics and the quality of players. At international level it’s so important to have a manager that you want to play for, who you look up to and like as a person and in some ways that’s more important than tactics.

I know Pardew can divide opinion, and I’ve heard really mixed opinions of him, but I really liked playing for him. He was absolutely top drawer and I learned a lot from him as a player. He got the whole squad playing for each other and to the best of their ability; everyone was riding a wave of enthusiasm.

NF on the struggles of Reading striker Yann Kermorgant…

When you’re isolated up front, what you need is wide players with pace and a good delivery. If you know a cross is going to come into the box then you can focus on your own game and adjust to what’s happening. No matter how good a striker is, if there is no service coming into the box then the goals aren’t going to come, and I don’t think he’s been given the right service.

He needs to be given balls in good areas and the chances will come. When I look at Reading I just see them lacking quality out wide. Brighton, on the other hand, have four very good wide players and they are doing so well at the moment. They have players with pace and quality and are creating chances out wide.

NF on Brighton’s chances of promotion…

There’s no doubt about it, they were unlucky last year not to get promoted. But, in the Championship you have to take your chances and they didn’t. They should have beaten Derby, which would have set them up for a much more favourable game against Middlesbrough. Instead they didn’t and had to go to the Riverside and win. Brighton should have gone up last year, but the good thing is that I think they’re better this year and could go one step further. I think Newcastle and Norwich are too strong this year for Brighton and they’ll have to settle for promotion through the playoffs.

NF on Birmingham’s chances of promotion…

What worries me from a Birmingham perspective is that they don’t have goals in enough areas of the team. Gary Rowett has steadied the ship at the club, but you just wonder if they have the quality to take that step needed. In the Championship there are almost leagues within the league, and Birmingham are fighting for those promotion places in a mini-league.

There are always certain players that have a cool, calm maturity to them that makes you think they’d make an excellent manager. Rowett is certainly one of those people. The art of a good manager is the ability to speak to your players and get them to understand what you want or where they went wrong. With a good manager, even if you don’t like what they’re saying, you can understand where they’re coming from, and Gary strikes me as one of those people.

Something I question is how much we actually study the game in England and how much we focus on qualifications and badges. I’ve seen plenty of fully-qualified coaches who can’t coach and some who are great at coaching and have no qualifications. I’ve seen people who have no reputation in football who would make fantastic coaches, but because they don’t have that foot in the door it’s very hard for them to get into the game. Football is quite a small community in this country.

In my opinion, we shouldn’t limit ourselves to an English manager for the England job. I would like the best man for the job. I think we need to learn to study the game more and learn from other countries to see where we might be going wrong when it comes to management and coaching in this country.

NF on managers in particular that catch his eye…

I’ve come across managers who are expertly qualified, very intelligent people whose knowledge of the game is very good. But it is so important that they are able to impart that knowledge to the players in the most straightforward manner. The ones that can do that the best I find are the ones that are most successful. Gus Poyet was brilliant at getting his message across to his players. He showed them discipline and how to conduct themselves as professional footballers. Steve Coppell was also excellent at doing this and I hope Jaap Stam is able to replicate this style of management with the current squad.

The game has changed so much that they are addressing the communication side of things much more. Coaching badges now involve a lot more man management, especially teaching players correct conduct, how to deal with the media and social media and tackling depression – these are all part of the environment of football now. Managers who are on top of these issues and have a direct line of communication with the players are the most successful.

Klopp, for example, is the kind of manager who will be honest with you. You look at Christian Benteke, who fell out of favour at the club, and wasn’t fancied by Klopp. He won’t sugar coat his feelings, as Daniel Sturridge saw that earlier this season – he’ll let you know where you stand. It’s important for players and they’ll respect you and give you a positive reaction as a result.

NF on his favourite memory as a Reading player…

Looking back there are probably around ten memories that really stand out as being really special. Sure, I had goals here and there, debut goals.

They are nice but not really stand-out, special moments. However, the game against Wigan in 2003 really stands out, having come back from injury and getting a goal. It was magical. Emotion got the better of me that night and that was the special moment in my career. It was incredibly special and for someone who doesn’t really look back on their career, it always brings a smile to my face.

1 Your selection
2 Start Playing
Register, deposit £10 or more and place a Sport bet (3+ selections) up to £20, each with odds of 1/2 (1.5) or greater.
3 Get your FreeBet
If it’s not a winning bet, you’ll get up to £20 back as a FreeBet. T&Cs apply
Bet now! Log in
X
Leicester great on Champions League aims, Mahrez failings and Stoke centre backs
Djokovic without fuss the banker as ATP World Tour Finals get underway
Author