It is at this point that the majority of writers who preview this game will make some sort of Borat joke because, you know, he was from Kazakhstan and the Republic of Ireland are travelling to Kazakhstan to play a football match with Kazakhstan.

But I am going to spare you that because I have never seen the film.

And with that bombshell out of the way, I’m going to concentrate on the task facing Giovanni Trapattoni, who must recover from what was a desperately disappointing Euro 2012 campaign.

Join bwin here now to place up to £20 in free bets on Kazakhstan v Ireland!

Even if very little was expected of the Irish (which it wasn’t) they still managed to fall short of expectations: a group consisting of Spain, Italy and Croatia was always a nightmare draw, but the manner in which Ireland lost all three matches went against everything that you expect from an Irish – and a Trapattoni – team.

The Italian was criticised for his conservative tactics, which was unfair as he has always played that way and at the age of 74 he was hardly going to rip up his coaching manual, but what was disappointing was the lack of organisation and apparent desire.

Nine out of the Republic’s last ten away games have seen two goals or less and with Trapattoni sticking to his cautious game plan, it could be a case of Ireland doing just about enough to claim the points.

It was at odds with the way Ireland performed to qualify, but the sad truth is that the Emerald Isle just don’t have the quality of years gone by, a fact now magnified by the retirement from international football of Shay Given and Damien Duff.

It means Trapattoni must try to repeat his qualification success by blooding new talent – and he will face a tough task. Germany and Sweden await in Group C, as well as Faroe Islands and Austria, and the trip to Kazakhstan on Friday goes into the category of ‘must win’ if Ireland are going to stand a chance of edging out either of the big two.

And in truth, Ireland really should be winning this one. Forgetting the Euro debacle, Ireland are in good form under Trapattoni. The boys in green were unbeaten in 14 games before the ill-fated trip to Poland and Ukraine, and there is no reason why similar tactics cannot prevail once more against Europe’s lesser lights.

Kazakhstan definitely fall into that category. The Kazakhs have won just two of their last 15 matches (against fellow minnows Azerbaijan and Kyrgyzstan) and have made no real impression on the international scene.

That said, they don’t make it easy for teams on their own patch (they are unbeaten in four), but they do come up short against the better sides and even if Ireland aren’t world beaters, they have enough to squeeze past Kazakhstan.

But don’t take the odds on: instead go for the 11/5 that Ireland win a match that produces under 2.5 goals. Nine out of the Republic’s last ten away games have seen two goals or less and with Trapattoni sticking to his cautious game plan, it could be a case of Ireland doing just about enough to claim the points.

New customers can register here to claim a free £20 bet or click here to see all our World Cup qualifier odds. 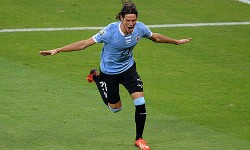 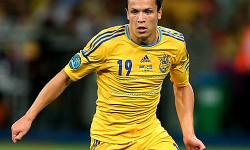 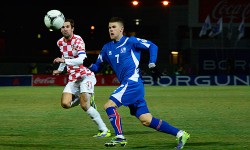