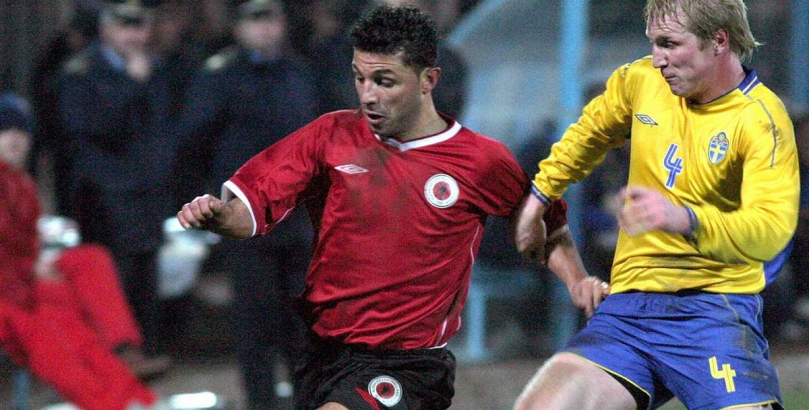 Football’s answer to Jack Kerouac, Albania striker Alban Bushi’s career was largely spent on the road. His whistle-stop tour of Europe saw him bulge nets in Turkey, Bulgaria, Greece, Germany, Hungary and, of course, the country of his birth. With 14 goals in 64 international appearances too, he is the second-most prolific scorer in the history of Albanian football. As his beloved Eagles prepare to embark on their first international tournament, Euro 2016, Bushi sat down with news.bwin to discuss his expectations for Albania in France.

It’s true that every country has its own characteristics and way of playing and every player has to spend some time adjusting to the way a team plays, but playing in so many countries was a great experience.

Turkey had a very high level of professionalism, a lot of competition and a lot of emotions when I played there. When you lost a match the fans didn’t accept this easily, so this was another reason to improve and fight harder.

Playing for Trabzonspor was the best achievement of my career as it is a great club; they enabled me to realise my dream of playing for a big club. Furthermore, I had a great experience at Litex, where we won the Bulgarian top flight twice and almost qualified for the Champions League group stages.

AB on Kosovo’s election to UEFA…

Kosovo’s election for membership of UEFA was great news for our nation as we have been waiting for so long for it to happen. Now the country has a long journey ahead and I wish them great things for the future. Playing against them has always been exciting and the last match, where we drew 2-2, was a great occasion.

Adnan Januzaj is an excellent player who would have been a big help for Albania but he made his choice not to play for Belgium and we have to respect it.

We are always carefully watching every Albanian player who plays abroad, especially the young talents, and Flo Bojaj is one of those. He is a very good, promising player and certainly one for the future of the national team and I hope he continues his progress at Huddersfield Town.

A compendium featuring some of Alban Bushi's many career goals

Victory against Portugal in the first qualifier for Euro 2016 gave us the self-belief that we could fight against any team we face. It was a great achievement to qualify for the finals and the reception from our fans was amazing; hopefully, there’ll be plenty out there supporting us in France. They were the 12th man during qualification and I’m sure they’ll continue to be during Euro 2016.

We have been drawn in a very tough group as France, Switzerland and Romania have great players but we are not going as tourists. We will fight for every minute of every match and I hope we can cause a few surprises in the competition.

Lorik is our most experienced player who has won a lot of international caps and he is using this experience to help our national team. He is the key player for us defensively.

I think Milot Rashica will reach the highest levels of the current Albanian squad. He had a good season scoring goals in the Eredivisie with Vitesse, but we’ve also got a very promising player in Elseid Hysaj, who is currently playing for Napoli. It’s exciting to see our young talents developing.

It’s very difficult to say which players will make a big impact this summer because every success achieved for us is a team effort and it will be a team effort that will determine our Euro 2016 fate. The team’s effort combined with our fans’ support will make the difference in France; the enthusiasm in the stands will be one of our strongest weapons.

1 Your selection
2 Start Playing
Register, deposit £10 or more and place a Sport bet (3+ selections) up to £20, each with odds of 1/2 (1.5) or greater.
3 Get your FreeBet
If it’s not a winning bet, you’ll get up to £20 back as a FreeBet. T&Cs apply
Bet now! Log in
X
The three reasons why Newcastle got relegated
Liverpool jeopardising top-four hopes for 2016/17 with consistent underappreciation of seasoned scorer
Author