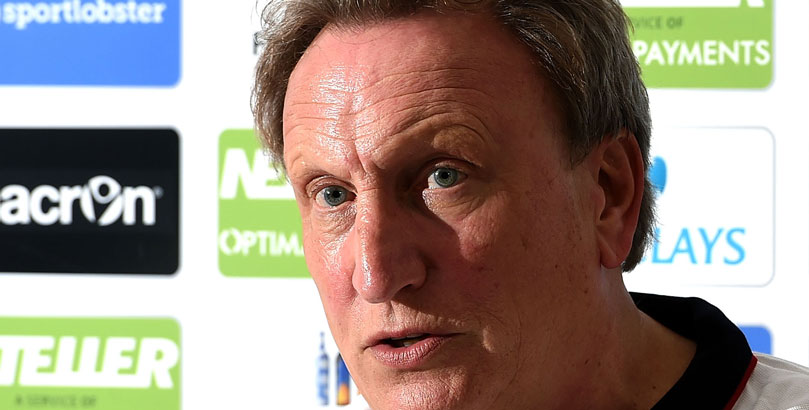 What Trueform says for Cardiff vs Huddersfield

Cardiff had a good head-to-head record against Huddersfield in their Championship days and also appeal on this season’s Premier League home form.

The Bluebirds can boast five wins in their last 13 top-flight fixtures, with four of those victories coming in Wales, whereas Town are reeling from eight straight defeats in this division.

City are backed at 6/5 to claim maximum points for our opening Cardiff vs Huddersfield prediction.

Neil Warnock’s men were outclassed by Manchester United and Tottenham in their last couple of home games, but a draw at Crystal Palace and a win at Leicester kept the points tally ticking over during the festive period.

Saturday’s FA Cup loss at League One strugglers Gillingham was compounded by injuries to Kadeem Harris and Danny Ward, but Warnock is happy to now focus on trying to stay up.

On that early exit, he said: “It might be a blessing. I think I started four players from the last game and they’ve come through okay, that was my concern really. It’s a big game next week – as they all are now.”

The feeling is that the Bluebirds remain upbeat regarding their progress since October’s international break and that could be pivotal on this occasion.

Looking at the Cardiff vs Huddersfield odds, we like 17/4 for the hosts to be drawing at half-time and winning at full-time.

City haven’t been in front at the interval for any of their five Premier League triumphs this term!

Danny Ward is set to miss out for Cardiff after suffering a blow to the head, with Rhys Healey, recalled from a loan spell at MK Dons, ready to take his place in the squad. Kenneth Zohore is still nursing a thigh injury.

Huddersfield also fell at the first hurdle in the cup when going down 1-0 at Bristol City, having previously slipped eight points adrift of safety in the league.

“We have lost the last nine games in a row and seven of them have been by one goal,” manager David Wagner lamented.

“It’s tough to pick the players up and it’s the same for everyone at the football club. We are in a difficult period and I didn’t see it coming, but we have to get through it.”

The Terriers started December with high hopes of capitalising on some favourable fixtures, but lost at home to Brighton, Newcastle, Southampton and Burnley, as well as being beaten away to Fulham.

Digging themselves out of such a dire situation will be tough and we’re adding 9/1 for a 2-1 home win to our Cardiff vs Huddersfield betting tips.

Jason Puncheon, on loan from Crystal Palace, is expected to make his Premier League debut for Huddersfield.

Defender Christopher Schindler returns to contention after sitting out a one-game ban, but Aaron Mooy, Danny Williams (both knee), Abdelhamid Sabiri (collarbone) and Tommy Smith are all still out.

Burnley vs Fulham: Clarets tipped to continue resurgence
Analysis: How much do draws in football matter?
Author