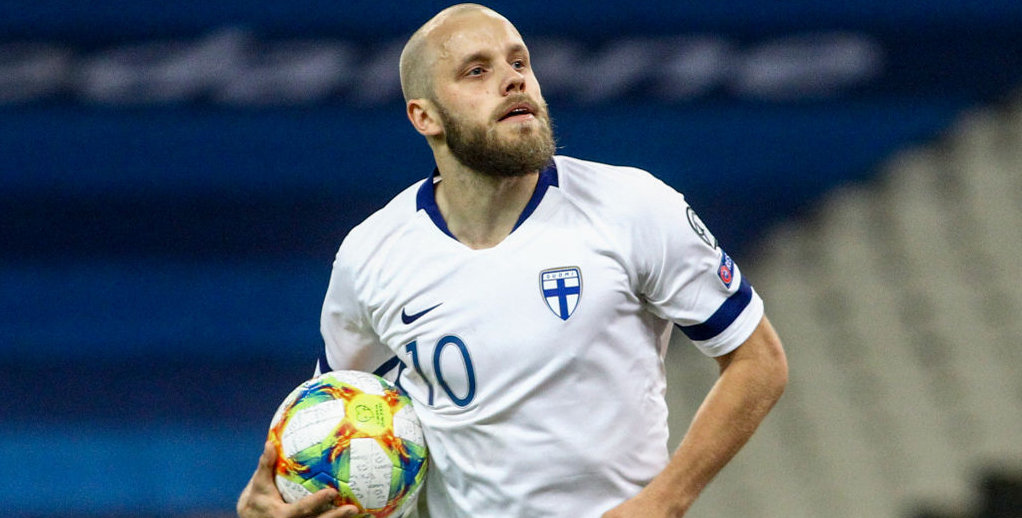 Finland have been flying up the FIFA rankings over the past couple of years and could be a value bet to edge out Wales in the Nations League.

Markku Kanerva has put together a spirited side which has enough quality to make things difficult for the depleted Dragons in Helsinki.

We reckon 12/5 for a home victory is tempting enough to be our opening Finland vs Wales prediction.

A Look At Finland’s Betting Odds

Finland fell from 33rd in the world ratings all the way down to 110 during some barren years, but have now climbed back up to a respectable 58.

They topped a decent Nations League C pool featuring Hungary, Greece and Estonia when this tournament was introduced, winning all three home fixtures to nil.

The Eagle-owls then finished above Greece and Bosnia and Herzegovina to claim second place behind Italy in their Euro 2020 qualifying group.

Although edged out 2-1 by the Azzurri in Tampere, Finland secured four clean-sheet victories in front of their own fans during that campaign.

This is a committed, progressive side and 5/4 for a home win in the ‘draw no bet’ market is another appealing option from the Finland vs Wales odds.

Wales are up to a healthy 23 in the FIFA rankings after giving attack-minded Ryan Giggs an encouraging start to his managerial career.

The Dragons finished second in a Nations League B section last time around, securing two wins over Republic of Ireland but losing twice to Denmark.

In Euro 2020 qualifying, Wales did well to be runners-up behind Croatia, getting the better of Slovakia and Hungary.

Anfield full-back Neco Williams can now be added to that list after being an accomplished understudy to Trent Alexander-Arnold last season.

However, there are some question marks over this squad, with Aaron Ramsey and David Brooks pulling out after Neil Taylor and Sam Vokes were earlier omitted.

Chris Gunter is without a club since being released by Reading and Gareth Bale, the catalyst for so much attacking play, is woefully short of match practice.

Giggs insists Bale is “a special player” and “mentally strong”, but an uncertain future at club level could affect him here.

With those doubts in mind, 6/1 for a home victory and both teams to score completes our Finland vs Wales betting tips.

Bulgaria vs Republic of Ireland: Dream start for Kenny
Germany vs Spain: La Roja look vulnerable on the road
Author