With the Capital One Cup finishing its first round on Tuesday, there’s still time for another ‘Goals Galore’ offering and punters should look at the matches between Peterborough United and Southend United, Ipswich Town and Bristol Rovers, and Bristol City and Gillingham for an over 2.5 goals treble that comes in at over 3/1.

Whenever Peterborough United play, goals are almost guaranteed and there is no reason to think that will cease to be the case this season, with the visit of Southend in the Capital One Cup promising to be a high-scoring affair.

Games involving Darren Ferguson’s men last season averaged 3.13 goals as their 46 Championship fixtures saw an incredible 144 goals scored, with 59% of those producing over 2.5 goals. Posh’s games are even more prolific at London Road, with 70% of their home league matches last season seeing three goals or more at an average of 3.43 goals a match.

So goals at Peterborough are a given, but Southend spent their League Two campaign among the goals last year as well. Paul Sturrock’s side averaged 2.72 goals per game over 46 league matches, but on their travels that statistic rose to 3.09 goals a match, with 61% of the Shrimpers’ away fixtures meeting the over 2.5 criterion. And with both sides adding attacking players to their ranks over the summer (Tyrone Barnett for Posh, Freddy Eastwood for Southend) then this is a cup tie that should see goals galore.

Ipswich have been inconsistent in terms of results for a number of years, but one thing that Town have always been good for is matches that produce lots of goals and their Capital One Cup tie at home to Bristol Rovers promises more of the same.

No other side’s games in the Championship saw more goals last season than those of the Tractor Boys, with goals rattled in at an average of 3.17 a match. At Portman Road, 65% of Ipswich’s matches featured over 2.5 goals and the start of their new season promises to continue in the same vein as the previous one.

Bristol Rovers were entertainers themselves last year, with the average goal tally per match the sixth-highest in League Two at 2.83. Away from home that average was 2.78, with 57% of the Pirates’ fixtures seeing over 2.5 goals. Their trip to Ipswich should be another that produces at least three goals.

Gillingham were the master League Two entertainers last season and even under a change of management, the Gills should still be trusted to serve up the goals, starting with their trip to Bristol City in the Capital One Cup on Tuesday.

Martin Allen has taken the reins at Priestfield and his new side were always good for goals last year under Andy Hessenthaler. The Gills scored more goals than any side in the division (79) and their 46 league games saw 141 goals netted, again more than other team in the bottom tier.

That was an overall average of 57% of their fixtures topping the over 2.5 goal mark, but away from home that figure increased to 65%, at an average of 3.08 goals per game. With extra attacking options in the form of Ben Strevens and the veteran Deon Burton, Gillingham should again be among the goals and can start down that road at Ashton Gate.

City saw an average of 2.52 goals per match in their home fixtures in the Championship last term and only four sides conceded more goals than the Robins at home as Derek McInnes’ men battled against the drop for much of the season. Their first home match of the new campaign could again be one that produces goals aplenty.

New customers can register here to claim a free £20 bet or click here to see all our Capital One Cup odds.

Playing Away: Cardiff, Burnley and Crawley
Are you ready for the £10 to £10k challenge?
Author 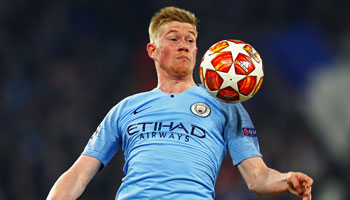