After correctly tipping Jakub Blaszczykowski for an anytime goal earlier this week, I’m putting my faith in Poland to book their place in the last eight at Euro 2012 with a win against the Czech Republic.

When the 26-year-old Borussia Dortmund midfielder slammed in Poland’s leveller against Russia, the sense of relief around the National Stadium in Warsaw was palpable.

Prior to the equaliser, Poland had looked to be heading for defeat after Alan Dzagoev put the Russians in front, while Andrei Arshavin and Aleksandr Kerzahkov were guilty of missing chances.

Blaszczykowski turned the game on its head, though, with a goal that not only rescued a point, but also some tidy winnings for anyone following my tip on the midfielder to score anytime at 13/4.

But with Czech Republic’s win over Greece keeping their hopes of qualification alive, it will all be to play for this Saturday, with the visitors outsiders to win at 11/5.

Only victory for Poland at 6/5 will ensure the hosts a place in the last eight, with a draw, available at 12/5, leaving their fate out of their hands.

While the co-hosts are yet to win a game at the Euros, coach Franciszek Smuda believes the Russia result may have eased the pressure on his players.

“The pressure is always there. It’s not growing. I’d say the highest tension and biggest pressure was before the opener, the match with Greece,” he said after the game.

“Today’s match proved that we are good enough to win against the Czech Republic.”

Poland are unbeaten against the Czechs on home soil and with their opponents proving defensively frail, having conceded five goals in two group games, they should have enough to get the job done.

The Czechs’ suspect rearguard also makes a punt on Poland to win a game featuring over 2.5 goals one to watch at 5/2.

Tomas Rosicky, who has endured a stop-start tournament so far, will surely shoulder much of the responsibility for the underdogs.

But with Blaszczykowski is available at odds 7/2 to score more than the Arsenal man, winnings of £112.50 could be on offer for anyone using bwin’s free £25 bet for registering on this selection.

The Polish midfielder was correctly tipped to outscore the misfiring Kerzakov at 4/1 in the last game and with two goals in his last three outings, he’s brimming with confidence. 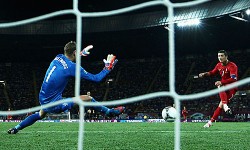 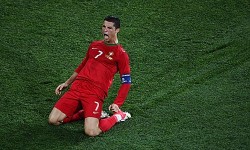 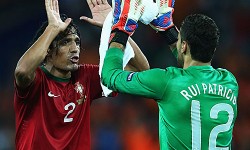 Why Portugal will bounce the Czechs out of Euro 2012