It’s been 22 years since Aberdeen last lifted the famous old Scottish Cup trophy, but that seems just like yesterday when compared to Hibs’ record in the competition.

Infamously, the Easter Road side haven’t lifted the Scottish Cup since 1902 – 110 long years ago. Since then, there have been 27 British prime ministers, 19 US presidents, two world wars and 17 different Scottish Cup winners.

In total, 27 managers have tried to replicate Dan McMichael’s achievement all those years ago, but all 27 have failed.

Pat Fenlon will be hoping to make it 28th man lucky in 2012, but he has to negotiate a tricky semi-final with Aberdeen first before he can start to dream of final glory in May.

Aberdeen FC hadn’t even been formed in 1902, but their honours list still shows that they have managed to pick up the trophy seven times since Hibs’ last triumph – the last of which came with victory over Celtic in 1990.

Hibs and Aberdeen last met in a Scottish Cup semi-final in April 2000. Russell Latapy gave Hibs a 56th-minute lead but goals from Arild Stavrum and Andy Dow sent Aberdeen to the final, where they eventually lost to Rangers.

In terms of recent matches between the two sides, the form guide suggests a tight, low-scoring affair.  Two of the last three meetings in the SPL have ended 0-0, with Aberdeen edging the third 1-0, courtesy of a dubious penalty.

Since then, Aberdeen have been in the semi-final twice, but lost on both occasions.

In 2008 they blew a glorious chance to reach the final when they were beaten 4-3 by First Division Queen of the South in an incredible game that saw them fall behind four times during the match.

Then last season they made it all the way to Hampden again, where they faced Celtic, but Andrew Considine was sent off after only 18 minutes and the Dons went on to lose 4-0 in his absence.

Hibs last contested a Scottish Cup semi-final in 2006, but they were reduced to nine men and thrashed 4-0 by bitter rivals Hearts in one of the darkest days in the club’s recent history.

In terms of recent matches between the two sides, the form guide suggests a tight, low-scoring affair.  Two of the last three meetings in the SPL have ended 0-0, with Aberdeen edging the third 1-0, courtesy of a dubious penalty.

With both sides having poor seasons in the SPL and possessing erratic recent semi-final form, the result in this one is difficult to call.

The best way of making money in this one, however, could be backing the low-scoring affair.  bwin are offering odds of 39/20 on fewer than 1.5 goals in the game and using your free £25 bet for joining bwin.com to back this outcome could net you £73.75 if successful. 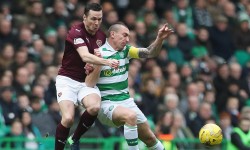 Hearts vs Celtic: Hoops to be clinical in Scottish Cup final 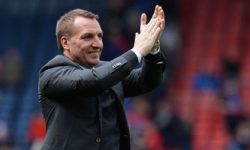 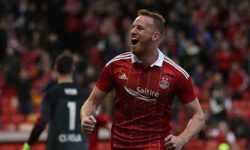 Hibs vs Aberdeen: Dons can prove cut above in cup semi