Chelsea return to Sevilla for the second leg of their Champions League clash with Porto in a commanding position after winning the first encounter 2-0.

The Blues dominated possession and were rarely threatened at the back, so it is hard to see them not booking a spot in the semi-finals on that evidence.

In fact, Thomas Tuchel’s men get a confident vote to come out on top again at 4/5 for our opening Chelsea vs Porto prediction.

Chelsea took the lead on 32 minutes when Mason Mount produced a superb turn and clinical finish to further enhance his growing reputation.

Christian Pulisic later hit the bar following a neat break before Ben Chilwell pounced on some sloppy defending to round keeper Agustin Marchesin and double the advantage.

That was an eighth clean sheet in nine matches for the Blues but Jorginho warned against complacency, especially in light of their recent Premier League blip versus West Brom.

“We are all happy with this first result but for the second game we need to stay humble,” said the Italy international.

“We don’t need to think that we have the advantage because it would be a big mistake.

“We need to stay calm and work hard again, knowing that Porto is a very good team and we need to respect them.”

If the London outfit do remain focused, 29/10 for them to prevail and under 2.5 goals again is another solid option from the Chelsea vs Porto odds.

A Look At Porto’s Betting Odds

Porto upset the odds when getting past Juventus via the away goals rule after drawing 4-4 on aggregate over two legs.

However, there were few signs of the enterprising play which helped them to stun the Italian giants.

Sergio Conceicao commented: “We know we still have the chance to qualify for the semi-finals but we will have to score first. We are confident enough to do that.

“We believe that, from a strategic point of view, the players produced a strong performance.

“Individually, the opponent scored two goals but it was a match where we did more than to lose by two goals.”

All credit to Conceicao for trying to rally his troops but we’re far less convinced of their ability to make things interesting in the second contest.

Let’s finish off our Chelsea vs Porto betting tips by going with 6/1 for a controlled 1-0 win for the Blues this time. 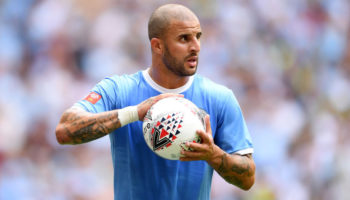