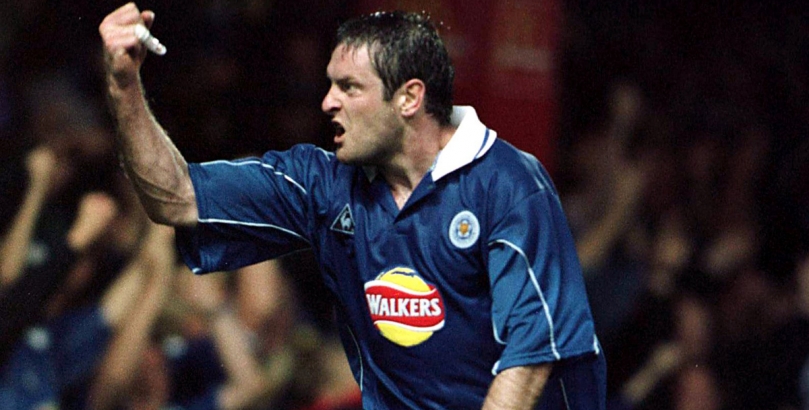 Having started 30 games – and scored six goals – in what until a year ago was Leicester’s most successful ever Premier League campaign, news.bwin were eager to get Gerry Taggart’s thoughts on the latest goings on at the King Power Stadium. The Northern Irish defender also represented Barnsley, Bolton and Stoke, not to mention his national team, and had lots of interesting things to say about the current situations at all of those sides.

Gerry Taggart on Leicester’s drop in form this season

It’s simple really, players are dealing with expectation that they simply aren’t used to. This is still the team that won the title last year and, whilst their away form has dipped, their home form has continued to be pretty solid – the team is unbeaten at the King Power in the league for over a year.

The draw against Spurs was well earned and they are slowly finding their feet again, showing a real steeliness and determination which they were perhaps lacking at the beginning of the season.

If you’d said to me at the start of the season that we’d be mid-table but have a great chance of getting in to the last 16 of the Champions League, I’d have snapped your hand off.

Defending your title is difficult for any team, not just Leicester. The numbers of quality players coming in to the league has levelled out the competition. More teams, such as Watford and Everton, are taking points off the bigger teams more regularly.

In my opinion, Vardy’s performances this season are similar to last season – he’s got the same work rate and sharpness and I’d argue he’s working harder for the team this year than last.

The obvious talking point is his lack of goals, which I would argue is a mixture of poor supply from his teammates and opposition defending him with greater caution. He’s the type of player that absolutely relies on good service, particularly with balls over the top and down the channels and that isn’t happening this season.

Everyone will have an opinion on Vardy this season, coining him as a ‘one-season wonder’ if his goal tally doesn’t improve but, if you watch him week in, week out, his importance to the team hasn’t changed and it’s unfair to expect him to repeat his tally from last season. He’s learning to adapt to a more team-focussed role this season and he should not be disregarded as a result of this.

Mahrez, on the other hand, is someone I have constructively criticised this season, as his performances aren’t to the same level we were used to last season. There are several reasons for this – transfer speculation, the weight of expectation, how the opposition are lining up against him – and you can’t pinpoint one thing, it’s a culmination of things.

I would point out that his performances in the Champions League have been exceptional, so I hope he starts to replicate that in his domestic form.

Mahrez should be up there with Ronaldo and Messi competing for Ballon d’Or this year. He was the best player in the Premier League last season and the main protagonist in one of the best football stories ever, so I would not be surprised if he wins the award based on the year he’s had.

First and foremost, Leicester must finish top from the group and they’ve not got a better chance to do so. I believe that the quarter-finals are within sight if they get a favourable round-of-16 draw, which would be absolutely stratospheric in terms of achievement.

If Leicester get to the quarter-finals, it would be as good an achievement as winning the league was, considering the lack of experience they have in Europe’s elite competition. It is crazy to even think about. Claudio Ranieri will know how important the FC Copenhagen game will be and I think he’ll treat it as if it was his first game in charge for the club.

Tommy was a very influential and important member of the backroom staff and somebody who was identified to stay on after interest from Bristol City in his appointment.

His sacking was a massive uprooting for the club and when an integral member of staff leaves under such suspicious circumstances, it casts a very grey cloud. I fear this sort of behaviour has been going on in the Championship for years and the Telegraph’s investigation has potentially only touched the surface.

Some of those I speak to who are still involved in the running of clubs are convinced this sort of behaviour would be stamped out of this country, but I worry that people will just go abroad to do such dealings. Stamping out corruption will be a major task now, but given these problems have been highlighted, you would hope it makes people in football think twice about doing it.

GT’s thoughts on whether the sacking has affect performances

The results, as a consequence of the sacking, haven’t been as productive as they should’ve been. Barnsley had a wonderful start to the season but, when you sack a member of staff, you have to replace him with someone with the same sort of personality otherwise the players will react in a negative way. You can certainly see this with the team.

I don’t think anyone will kid themselves that Barnsley were going to run away with the league this year, or be right at the top end of it. Fans will take staying in the division and winning a good share of games.

With the start the team has had, the results are sort of levelling out – they were overachieving and now struggling a little. It’s an incredibly tough league and a consistent run of good results is required to do well.

I think Marley Watkins is playing really playing well at the moment and starting to show his potential and so too is Conor Hourihane – he’s a really top class player and a class act too.

The biggest disappointment for me was the selling of Alfie Mawson to Swansea. It’s an incredibly tough blow for the club and it will be really difficult to replace him. Mawson is in a similar mould to Ashley Williams, but there’s plenty of room for improvement before he reaches that level.

If he gets his head down, learns the trade and improves each week, there’s a real future for him as a top notch Premier League centre back. He does all the basics well, he’s got a great range of passing but the one thing he doesn’t do well at the moment is read the game.

He’s not the quickest of defenders so his reading of the game will have to improve otherwise he’ll get caught out a lot. However, this all comes with learning, experience and games – so hopefully he’ll continue to develop and start for Swansea to do so.

GT on Phil Parkinson’s performance at Bolton this season

I think Parkinson is a fantastic appointment for the club. He is an established manager at Championship and League One level and knows the latter division inside out. The most impressive attribute about him is his way of slowly grinding out results and I think he was the best and safest choice to get the club out of this rut they have found themselves in.

They currently sit second, have a great chance of automatic promotion and Parkinson is building a good balance of youth and experience in the team. I’m confident he’ll continue to go about his business with no nonsense and get the job done at Bolton. The club has needed stability and he will bring it.

Mark is a very good and experienced manager and one thing I have really liked about his management of Stoke is that he didn’t just come in and change the mentality of the team overnight (like Pep Guardiola) and instead has changed the style of play to how he wants it to be bit by bit.

This season has been a bit of a struggle for him and it seems they are finally turning a corner with results but, when I think of Stoke, I think of a team that is built on a solid defensive unit. Stoke are really struggling at centre half this season, especially when you look at the goals they’ve conceded.

They’ve bought in a European influx of defenders, who are just not the same type of defenders as Ryan Shawcross and Robert Huth. Philipp Wollscheid is the worst defender I’ve ever seen in the Premier League, so I wasn’t surprise to see him get loaned out.

They just don’t have a defence that instils any confidence in their forward players but, hopefully with Shawcross fit again and another defender to partner him to form that partnership they’ve needed, they can get back to being difficult to beat. Furthermore, they’re missing one of the best goalkeepers in the Premier League in Jack Butland, so he will help shore things up when he’s back.

I think they need a new centre back. They’ve just signed Bruno Martins Indi, who I’m not totally convinced by, but they need a Huth and Wes Morgan-style partnership – two players that are not the most stylish or sought after, but are solid and work together well.

GT’s thoughts on the Northern Ireland qualifier with Azerbaijan

If Northern Ireland do not win this game, they can forget about qualifying for World Cup 2018. It’s an absolute must win game and the biggest game of qualifying for us.

They are the dark horses of the group and have sneaked into second spot with really impressive performances so far. We’re going to have a packed out house at our revamped stadium, so hopefully the players rise to it and get the result we need.

GT on West Ham and the London Stadium

I think if acts of violence continue at the London Stadium, West Ham should have points deducted – it’s as simple as that. I think there’s a massive problem with the communication and policing of the stadium amongst security. West Ham decided to take this stadium on so they need to take responsibility for the actions occurring inside and outside of it.

I think it’s crazy to be talking about stadium violence in 2016 and fans should be able to come to games to enjoy football and I don’t think the fans of West Ham and travelling supporters are getting that. It needs to be stamped out and fast.

1 Your selection
2 Start Playing
Register, deposit £10 or more and place a Sport bet (3+ selections) up to £20, each with odds of 1/2 (1.5) or greater.
3 Get your FreeBet
If it’s not a winning bet, you’ll get up to £20 back as a FreeBet. T&Cs apply
Bet now! Log in
X
Which overachievers can be the Bundesliga’s best besides Bayern Munich?
Nicky Forster exclusive interview: Reading favourite talks the Royals, promotion and the England job
Author 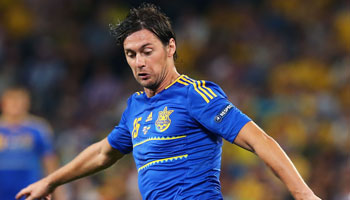 Celtic vs Ferencvaros: Hoops need to be patient