Five of the last six UEFA Super Cup contests have gone to extra-time and we’re expecting another close contest between Chelsea and Villarreal.

Windsor Park in Belfast will stage this pre-season showpiece and past history suggests a tight tussle is on the cards.

Punters can get 5/2 for a draw at the end of normal time and that is our first Chelsea vs Villarreal prediction.

Chelsea qualified thanks to upsetting Manchester City 1-0 in the Champions League final, with Kai Havertz hitting the target.

The Blues lifted this trophy when beating Real Madrid back in 1993 but have gone home empty handed on three occasions since then.

They were hammered 4-1 by Atletico Madrid in 2012 but only lost out on penalties to Bayern Munich 12 months later and Liverpool two years ago.

Thomas Tuchel is the type of manager to take this tie seriously and results have been encouraging in warm-up friendlies.

He told UEFA: “What nicer way to start the season than with a European final! We will do all we can to take the trophy.”

However, having a number of late returns from international duty could take its toll.

Both teams have scored in the last six UEFA Super Cup games, so Chelsea vs Villarreal odds.

A Look At Villarreal’s Betting Odds

Villarreal are here due to edging out Manchester United in a dramatic Europa League penalty shoot-out.

Gerard Moreno put the Yellow Submarine ahead in the first half, but Edinson Cavani equalised after the break.

Unai Emery’s side then prevailed 11-10 on spot-kicks, with United keeper David De Gea eventually ending a run of successful strikes.

This will be Villarreal’s first Super Cup, but Emery is determined to make up for losing twice as Sevilla boss.

The ex-Arsenal manager declared: “I want to win the Super Cup because so far I haven’t. It would be a great way to finish off last season.

“We could once again create history and achieve something wonderful ahead of the new campaign.”

The Spanish outfit lack star quality but always work incredibly hard and may have been able to prepare better.

Let’s add 6/1 for a 1-1 draw in regulation play to our Chelsea vs Villarreal betting tips. 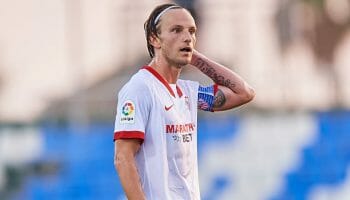