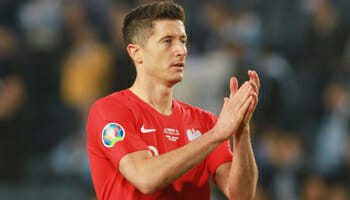 Bayern Munich won all 11 games in last season’s superb Champions League triumph and will look to pick up where they left off when entertaining Atletico Madrid.

Los Colchoneros are always tough to beat and invariably make it through to the latter stages themselves, but FC Hollywood have an aura of invincibility right now.

We’re going with 13/5 for the hosts to do just enough and oblige by a one-goal margin for our first Bayern Munich vs Atletico Madrid prediction.

Bayern scored 26 goals during the group stage last term and then went on to annihilate Chelsea, Barcelona and Lyon to reach the final.

That Lisbon decider proved to be a more subdued affair than everyone anticipated, but Kingsley Coman’s 59th-minute strike was enough to see off PSG.

There is always a risk of teams resting on their laurels following such a stellar campaign and Bayern haven’t quite been at their best since returning to action.

However, they edged out Sevilla in extra-time to lift the UEFA Super Cup and shaded Borussia Dortmund 3-2 in the German equivalent of the Community Shield.

Losing 4-1 to Hoffenheim in their Bundesliga opener was a wake-up call and Hansi Flick’s men then survived another scare when beating Hertha Berlin 4-3.

Saturday’s 4-1 victory at Arminia was more like it, though, and Robert Lewandowski continues to be as prolific as ever up front.

The 32-year-old, who scored 15 goals in this competition last term, has struck six times in his last two club appearances and hit a hat-trick for Poland during the international break.

Lewandowski netted in both games when Bayern beat Atletico twice on home turf back in 2016 and still looks the man to watch out for.

Examining the Evens for the Poland ace to hit the target in a home win once more.

Atletico finished second to Juventus in their group last term before going on to claim a thrilling triumph over Liverpool in the round of 16.

Losing 2-1 to RB Leipzig in the quarter-finals was a blow, though, and Diego Simeone’s side could only manage a distant third in La Liga.

Some expensive new recruits showed plenty of promise at times, but couldn’t quite achieve the consistency associated with Los Colchoneros, who had let several high-profile players leave.

This summer’s reshuffle has been less dramatic, with Lucas Torreira loaned in to replace Thomas Partey and Luis Suarez stepping in up front instead of Alvaro Morata.

It is a bit early to judge Atletico’s progress after two wins and a couple of draws in La Liga, but the signs are that Simeone has gone back to what he does best.

Los Colchoneros have only conceded one goal in those four domestic fixtures and Jan Oblak is definitely among the world’s elite keepers.

This could be tight early on, so 17/5 for Draw HT/Bayern FT is added to our Bayern Munich vs Atletico Madrid betting tips.